Photoresistor
Category:
Input
Subcategory:
Light
Signal Type:
Continuous
IDeATe Component Number:
0260
Measures luminosity (light)
Jump to section:
What it is
When to use it
How it works
How to use it
Getting started
Resources
Related Components 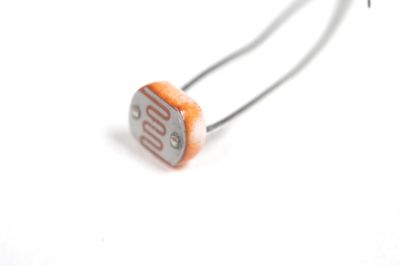 The photoresistor measures the amount of light hitting it. It is also called a photocell.

When to use it

The photoresistor can measure ambient light (i.e. if the lights are on in a room, if the sensor is covered or not) or the amount of light from a specific source (i.e. LED, laser).

How to use it

The photoresistor does not have a polarity; it does not matter which way the pins are oriented.

The voltage divider circuit makes the photoresistor more reliable to measure. It ensures that the voltage the analog pin reads is always between 0V and 5V. If the photoresistor is connected directly between 5V and the analog pin, then as the resistance of the sensor gets very high (when the sensor is dark), it would have the same effect as disconnecting the from the analog pin. When an pin is "floating" like this, it will return unpredictable values. This can be tested by running the code below with nothing plugged into the analog pin; it will show random values. 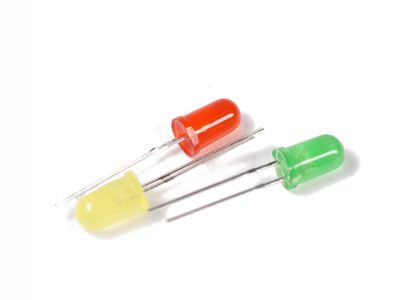 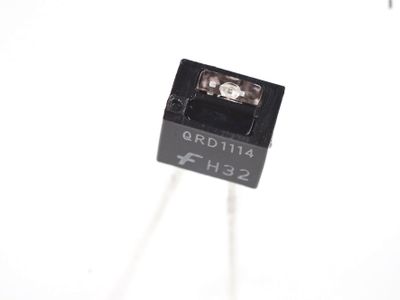